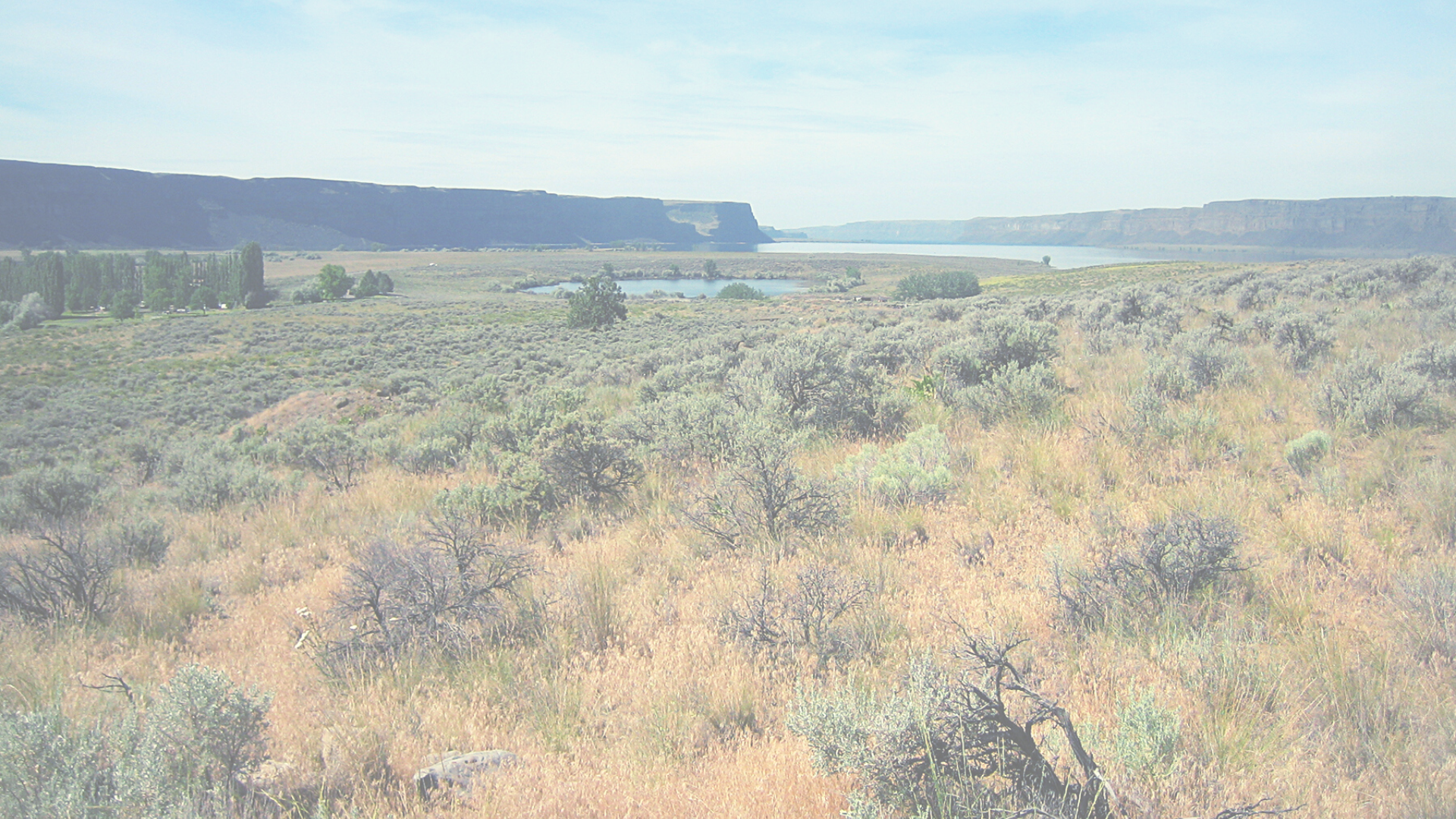 While enjoying spring wildflowers in the shrub-steppe, you may notice a more animal activity on the ground than any other time of year. Areas with enough space and sandy, loose soil may be habitat for ground squirrels, and spring may be the only time you observe them above ground. Listen for their soft whistles as you walk along the trail. They’re sending out the alarm, as they disappear underground, that a potential predator is near. From February through June, Townsend’s and Washington ground squirrels will emerge from their deep (up to six feet deep) burrows to eat grasses and collect seeds for later. After mating and giving birth in the spring, they retreat underground as the weather gets hotter and drier. They’ll eat those seeds they stashed away in their burrows, aestivating through the summer and hibernating through the winter.

Another ground squirrel you might observe in the spring is the yellow-bellied marmot or rock chuck. It’s larger and stockier than the other squirrels, bigger than a house cat, with a brown back and yellow underside. They like rocky areas and can often be seen around the REACH Museum’s grounds and parking lot. When threatened, they call to each other with a loud chirp that might be mistaken for a bird.

While jackrabbits and cottontail rabbits will use existing burrows as shelter, the only rabbit in the shrub-steppe that digs its own burrow is the rare pygmy rabbit. At 10 inches long fully grown, and weighing less than a pound, the pygmy rabbit is a tiny thing that can survive the winter eating sagebrush. As land with dense, old stands of sagebrush get converted to other uses, this animal’s habitat shrinks. The only known population of pygmy rabbits in Washington state is a result of a captive breeding program.

American badgers take advantage of all this underground prey by using their two-inch-long claws to dig out ground squirrels and other small animals. Badgers have been observed hunting in tandem with coyotes. If a pair teams up they are more likely to catch ground squirrels, since a squirrel goes underground to escape a coyote, but will outrun a badger above ground. The holes left by hunting badgers are used by many animals such as burrowing owls.

Fossorial (digging) animals can be a nuisance for ranchers and farmers but serve an important role in the shrub-steppe community. Besides providing underground shelter for animals that cannot dig their own burrows, they aerate the soil, allow water to infiltrate the ground, and help plants disperse their seeds. That clump of wildflowers you enjoy may have sprouted from a cache of seeds left by a pocket mouse! Just remember there’s a whole different world of animals underground in the shrub-steppe.

K-LS 1-1: Use observations to describe patterns of what plants and animals (including humans) need to survive

1-LS 1-2: Read texts and use media to determine patterns in behavior of parents and offspring that help offspring survive

2-LS 4-1: Make observations of plants and animals to compare the diversity of life in different habitats

3-LS 2-2: Construct an argument that some animals form groups that help members survive

3-LS 3-2: Use evidence to support the explanation that traits can be influenced by the environment

3-LS 4-3: Construct an argument with evidence that in a particular habitat some organisms can survive well, some survive less well, and some cannot survive at all

4-LS 1-1: Construct an argument that plants and animals have internal and external structures that function to support survival, growth, behavior, and reproduction

SSS1.4.1 Identify the concepts used in documents and sources.

SSS2.4.2 Identify the main ideas from a variety of print and non-print texts.