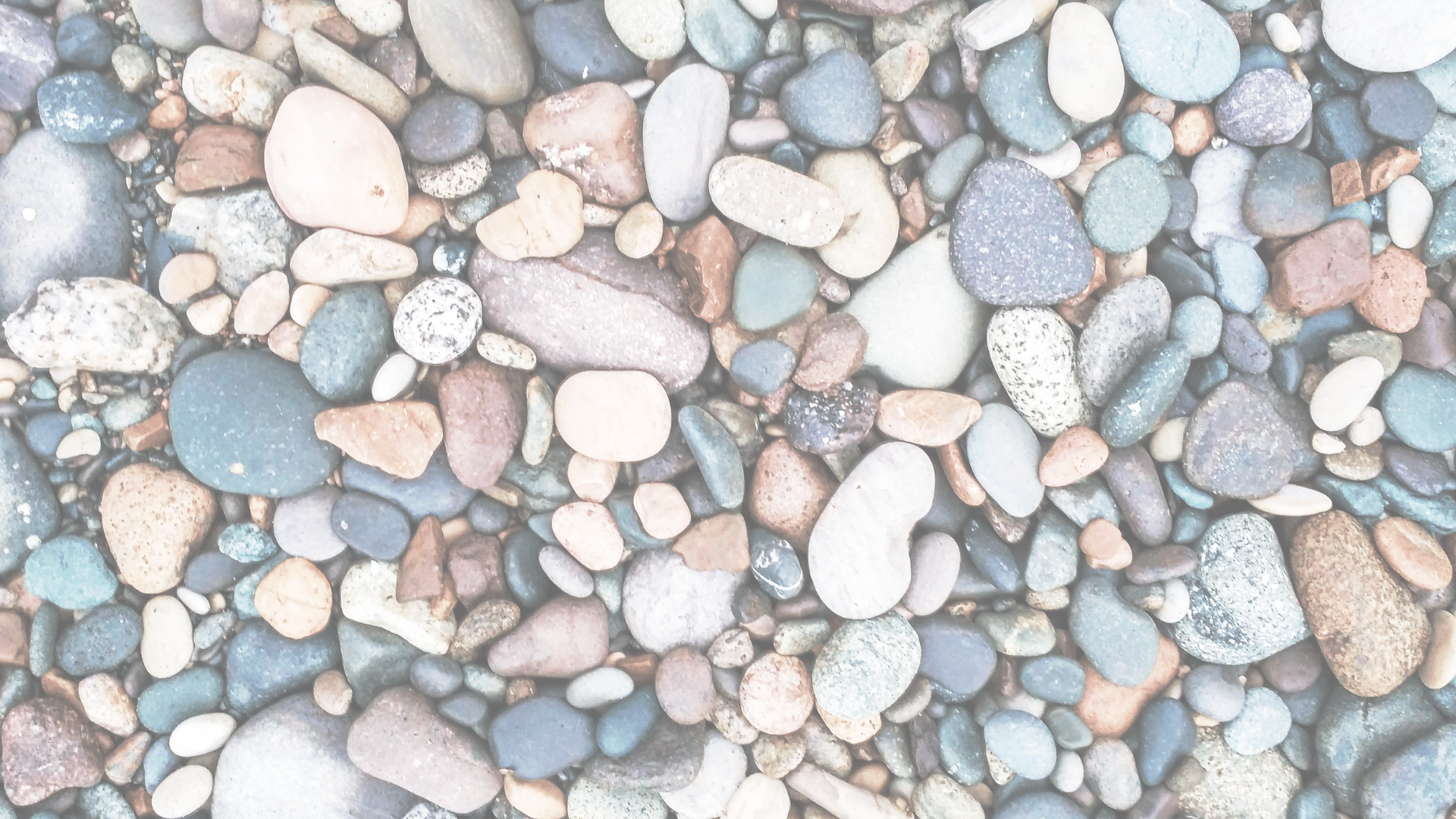 ROCKS IN THE TRI-CITIES

Wherever you travel, whether to your backyard or some exotic location, looking at the local rocks is a great way to learn about the area you’re in. The land’s history is written on the rocks, so the shapes, textures, colors, and patterns you observe will reveal many stories. This guide will give you a start on interpreting, or reading, what the rocks in the Tri-cities area can tell you about how they formed. But it’s just a starting point. There’s a list of resources at the end to help you find out more.

The first thing to keep in mind is that rocks can be very, very old. The minerals that make up these rocks have been around as long as the earth and are rearranged over and over by forces such as water, wind, pressure, earthquakes, volcanoes, ice, and much more. But many of these processes take much longer than a human lifetime.

Another thing to consider is that humans have had a huge impact on the landscape, especially within an urban area. That means that any rocks you find in the city have had a good chance of being moved and changed by people. This just adds another interesting element to its story. It also means that there’s a chance the rock you find was formed some other place in the world and was brought here by another person, probably someone just as interested in rocks as you are!

It’s fine to identify rocks and leave them where they are. But if you want to keep some, make sure you have permission to collect them.

Basalt (buh SALT) is what much of the bedrock is made of in this area. (Bedrock is the solid rock underneath the soil, and is exposed in some places.) The color is dark gray, which changes to brown as it weathers, and naturally breaks into angular shapes. It is fine-grained, so look closely with a magnifier to see the tiny individual pieces and crystals.

Basalt is cooled lava, and there is no shortage of that in the Columbia Basin. About 17 million years ago, lava began pouring out of fissures, or cracks, in the earth’s crust in various locations in the Pacific Northwest. It spread out far and wide, covering huge areas of Washington, Oregon, and Idaho. These lava floods lasted, on and off, until about 6 million years ago. That’s a lot of lava, and a lot of igneous rock left behind! {sidebar If you could travel to the moon, or to Mars, you could find basalt there, too. The darker areas you can see on the moon’s surface are called marias which means oceans. But they are filled with cooled lava (basalt) instead of water.}

As the basalt slowly cooled, it cracked into regular shapes: tall columns with six sides, more or less. If you look at these columns from above, they fit together like the hexagons of a honeycomb. People have moved these columns from the places where they formed to decorate their yards or businesses. Crushed basalt is also used for gravel in landscaping, around railroad tracks, and to make concrete.

If you could travel to the moon or the Mars, you could find basalt there too!

Pieces of basalt might have a white crust on them, especially large boulders that have been exposed to the weather for a long time. This is called caliche (kuh-LEE-chee), and naturally forms when rainwater dissolves some of the calcium in the rock and brings it to the surface, then dries in the hot sun.

Since basalt is cooled lava, you might find some with holes in it. That lava had bubbles of gas inside it as it cooled. The holes left behind are called vesicles. Some rocks that people spread around their yards (you might call them lava rocks) have lots of vesicles. In the millions of years since the basalt hardened, some of those vesicles may have gotten filled in with water, and as the water slowly drains away it leaves behind minerals such as silica that were dissolved in the water. The quartz (silicon dioxide) is harder than the basalt around it, staying solid even when the basalt cracks or gets weathered around it. (See agates below)

Agates are gemstones that often form within the empty spaces or vesicles in volcanic rocks. In the Columbia Basin you can find agates from pebble-sized up to the size of an apple, though large ones are rare. They can be clear, milky white, and varying shades of orange to red, sometimes with bands or stripes. You might even find gray agates, or blue if you’re lucky. The colors come from the surrounding rocks as water leaches through and fills the vesicles with minerals, usually a form of quartz.  Rare “Ellensburg Blue” agates come from a particular spot further up the Yakima River from the Tri-cities. You can find agates along a river, in a place where there’s recently been some erosion or digging, or even on a gravel road. Agates are translucent, meaning some light can shine through them, so it’s easier to spot them on a sunny day. They may have a rough or waxy texture but can be polished in a tumbler to be very shiny.

Another huge geologic event that changed the land after the lava flows was during the ice age around ten thousand years ago. Glaciers blocked a river that flows into the Columbia, and a gigantic lake filled up behind the ice. When the water broke through the ice, it caused some of the largest floods on earth to spill right through our area. Just imagine what the floodwaters carried! Rocks from the Montana mountains where the water backed up were dropped off here in the Columbia Basin as the water slowed down. The water eventually drained into the Pacific Ocean at the mouth of the Columbia River, but it backed up behind Wallula Gap and sat here for a week or so, forming what we call Lake Lewis. Icebergs landed here as the water drained away, then slowly melted, leaving piles of rocks and dirt. These look very different from the basalt that makes up the bedrock here so we call them erratic (eh-RAT-ik), which means unpredictable. Erratics can be granite, granodiorite, quartzite, sandstone, diorite, argillite, slate, rhyolite, schist and gneiss. Granite and similar igneous rocks have larger grains and crystals than basalt, and speckles of white, black, pink, and gray. If they were carried by the ice age floods, they will have broken off of mountains and still be jagged and somewhat sharp. If they are smooth and rounded, they have probably been worn down over a long time in running water. They could have been carried by a river, even if you don’t see a river next to it now. {sidebar: Did you know that rivers change their course over time? Geologists think the Yakima River used to run through Badger Canyon west of Kennewick. Sediments dropped there by Ice Age floods caused it to flow through lower ground, north of Red Mountain. Geologists can tell because of the shape of the rocks found in Badger Canyon that the river used to flow there!}

Examples of Ice Age Flood erratics on display at the REACH Museum on loan from Bruce Bjornstad.

Petrified Wood is the state gemstone of Washington. It is actually a fossil, one of a few that form in igneous rock. The floods of lava that created all the basalt covered everything in its path, but most likely traveled pretty slowly, about three miles per hour. Most animals were able to outrun the lava, but trees…not so much! Dead trees in wetlands or lakes became engulfed, and the cooling lava around it formed a cast with all the details of the wood grain. Over time the decomposed wood was replaced with minerals of many colors. Petrified wood can be found in many places in Eastern Washington, and there’s a public collecting spot in the Saddle Mountains, part of the Hanford Reach National Monument. Lots of Tri-citizens have petrified wood decorating their yards. If you find a rock that has patterns like tree rings, wood grain, or the shapes of tree branches, it may be petrified wood.

River rocks are smooth and rounded, tumbled by many years of flowing water. Before dams were built on the rivers, the water level changed dramatically through the seasons, according to rainfall and snowmelt. The rocks you now see on the riverbank could have been carried there by flooding hundreds or thousands of years ago, and could come from almost anywhere upstream. You can try to identify them by color or hardness, but in their weathered condition it is often hard to tell what minerals they are. Look for basalt, agates, granite, and a rainbow of colors. You might even find “rocks” that are not really rocks, but rock-like materials that are weathered to the same size and shape. They could be bricks, concrete, clay, or even glass. Whenever you are looking for rocks by the river, please be careful around the water.

Did you know that rivers change their course over time? Geologists think the Yakima River used to run through Badger Canyon west of Kennewick. Sediments dropped there by Ice Age floods caused it to flow through lower ground, north of Red Mountain.  Geologists can tell because of the shape of the rocks found in Badger Canyon that the river used to flow there!