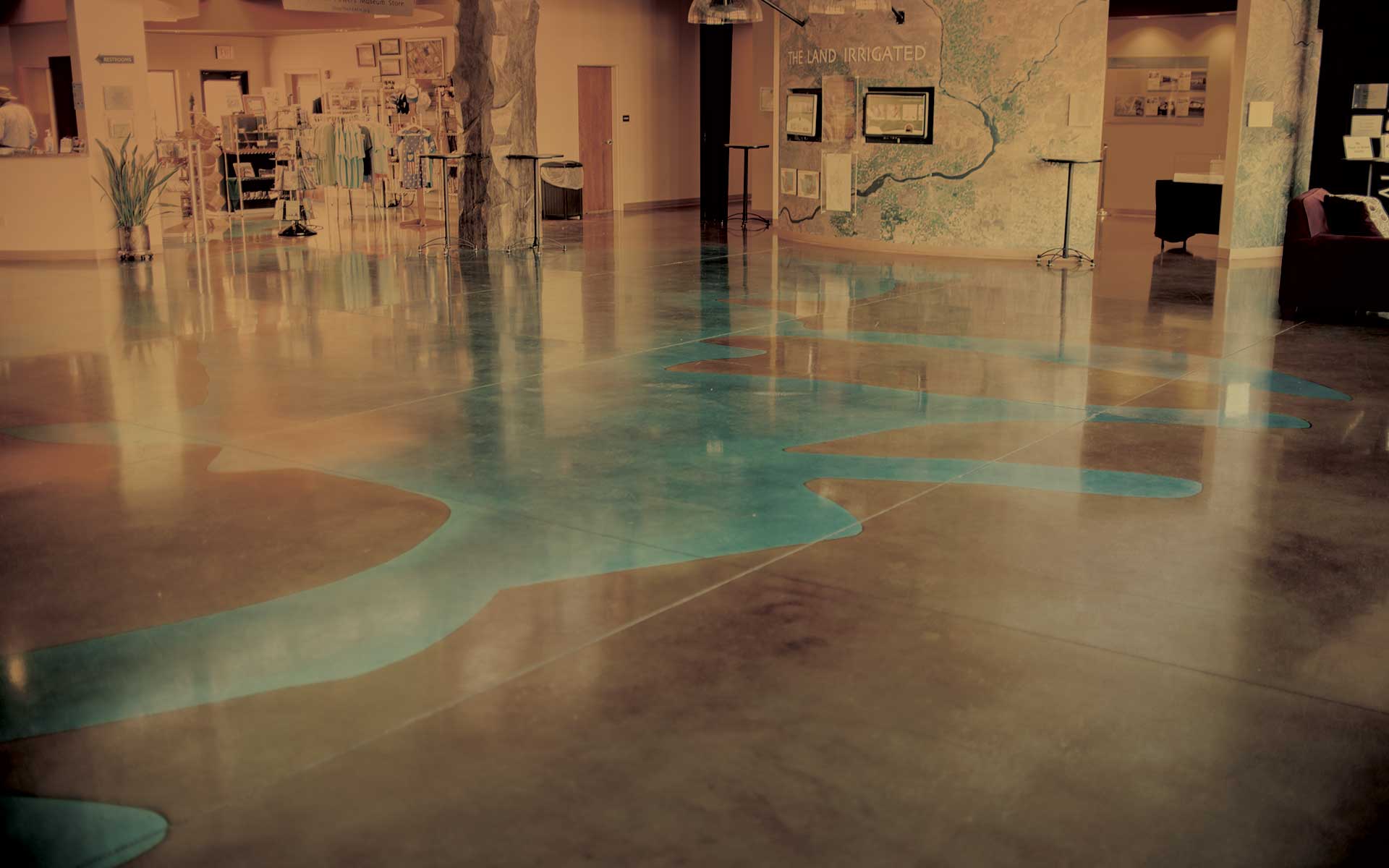 Past rotating exhibits featured at the museum.

The REACH Museum is hosting a visiting exhibition of historic art images of the Pacific Northwest. “Columbia & Cascade: A River and A Range, 1853-1854″ features thirty-one prints selected from U.S. Pacific Railroad survey reports. These exquisitely detailed prints, made from steel engravings, include scenes of familiar locations along the Columbia River as they appeared in the 1850s, as well as botanical and zoological drawings. Those interested in regional history, local flora and fauna, and art will all find something of interest in this exhibit.

“Columbia & Cascade” features the works of several artists who excelled in documenting the beauty of the landscape while surveying for an ideal route for the railway, including John Mix Stanley, John J. Young, and John H. Richards. The U.S. government published the entire body of work from the surveys in a report chronicling the lands, waters, and native peoples of the American West. Exhibit curator Lee Silliman chose these images from two separate surveys to represent the Columbia River where it transects the Cascade Mountain range. The dramatic landscape is captured in relatively small drawings out of necessity; artists were travelling on foot and on horseback to remote areas at a time when photography had limited portability. But for their size, each image packs enough detail to keep the viewer lingering. 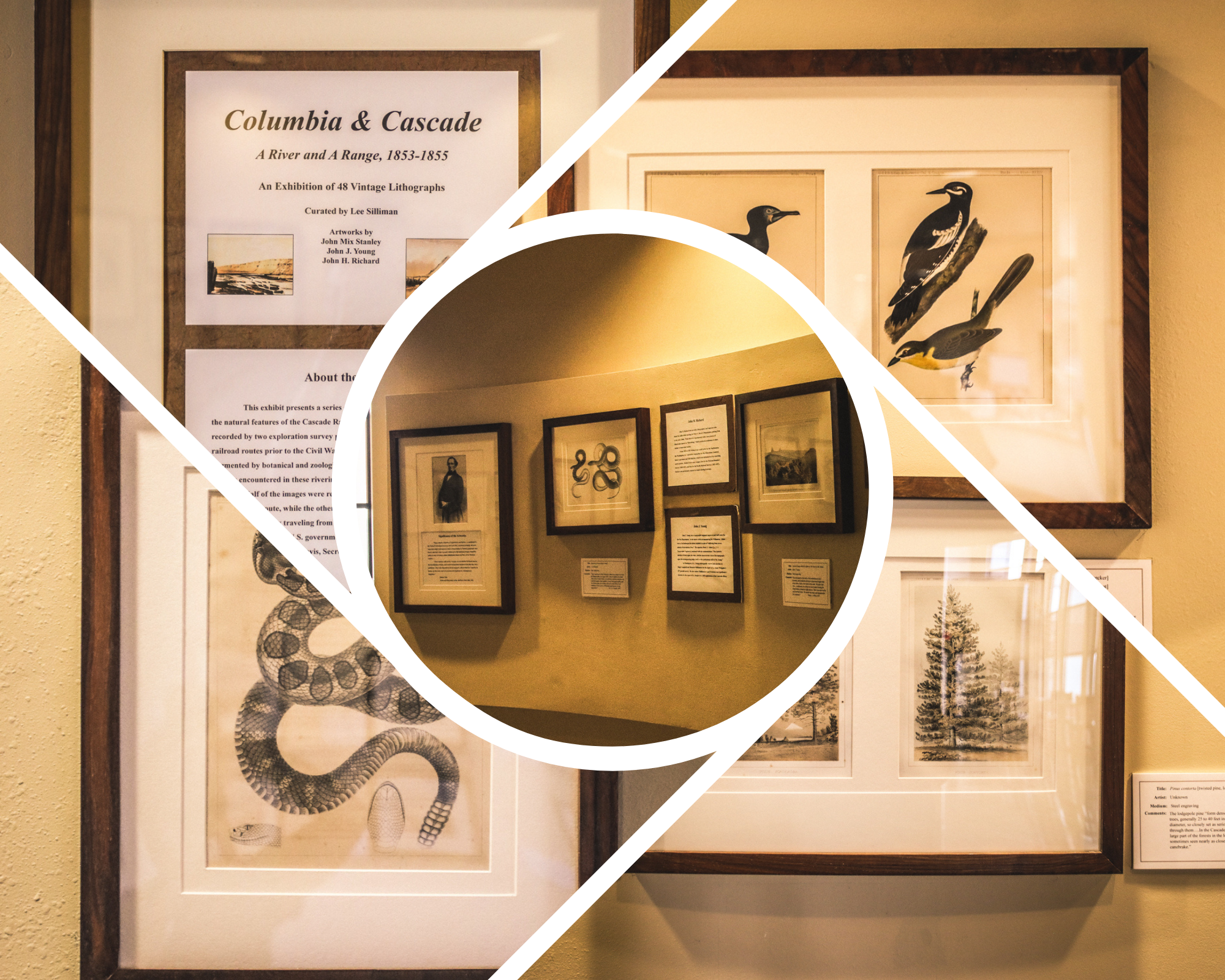 Immigrants of the Manhattan Project

The Immigrants of the Manhattan Project.

In the decade leading up to World War II, there was active persecution of religious minorities and political opponents. As a result, numerous leading scientists, philosophers, and academics fled to the West. Many of the refugees became naturalized U.S. citizens and some joined the Manhattan Project. The large number of immigrants working on the Manhattan Project gave the American nuclear program an international character unusual in such a top-secret endeavor. There is no question that the new U.S. citizens played a vital role in the development and completion of the Project.

Here are all the people featured:

Leo Szilard: received the Atoms for Peace Award in 1959

George Kistiakowsky: Received the medal of Freedom in 1961 and the National Medal of Science in 1967

James Franck: Received the Nobel Prize for Physics in 1925

Isidor Isaac Rabi: Received the Nobel Prize in Physics in 1944

Emilio Serge: Received the Nobel Prize in Physics in 1959

Eugene Paul Wigner: Received the Nobel Prize in Physics in 1963

Maria Goeppert Mayer: Received the Nobel Prize in Physics in 1963

Hans Albrecht Beth: Received the Nobel Prize for Physics in 1967 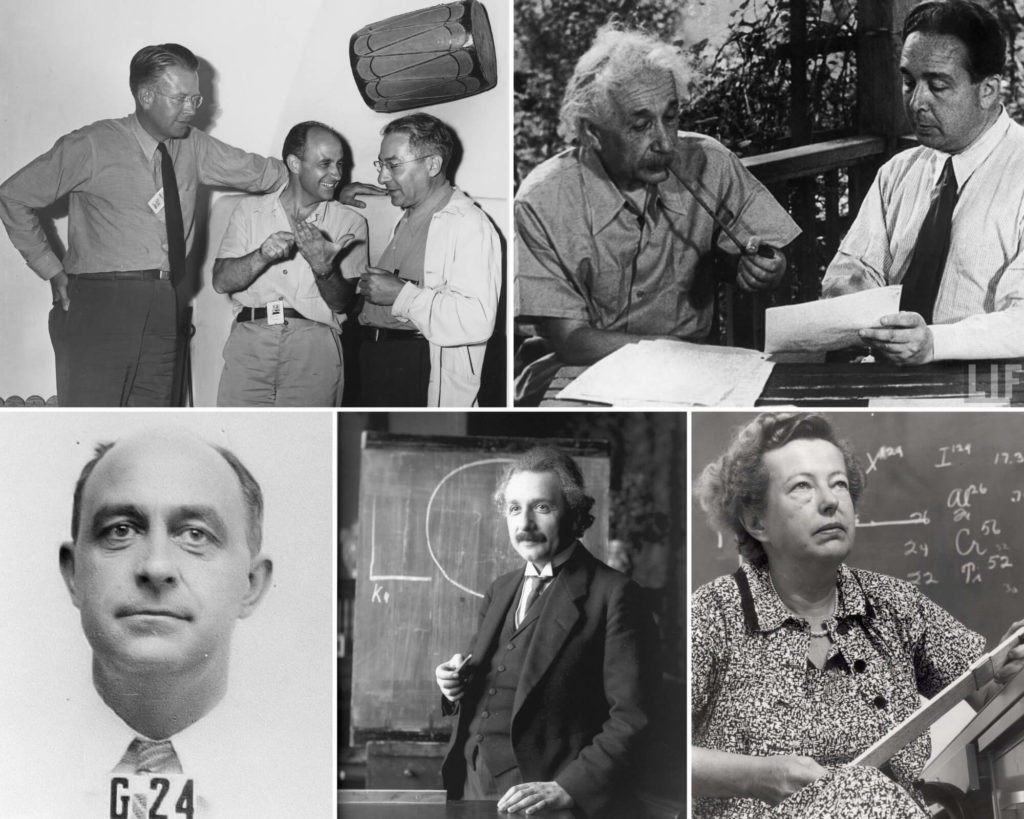