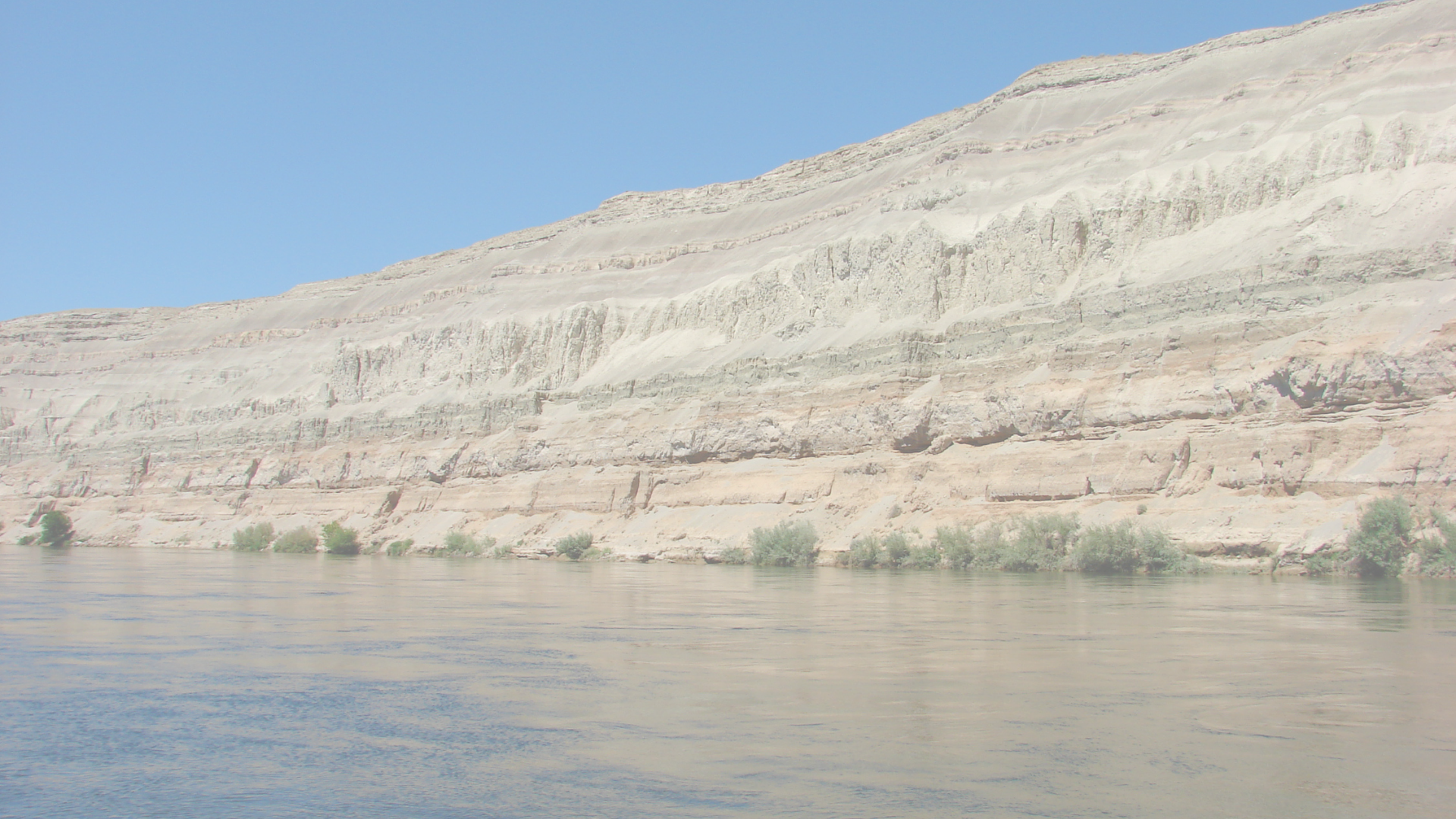 Rhinos instead of Dinos

The layers of lava that became Columbia River basalts covered any signs of ancient life older than 17 million years. Though there may be fossils from the age of dinosaurs in the mid-Columbia River region, you’d have to drill through thousands of feet of basalt to find them! Fossilization is relatively rare in igneous rock such as basalt, but casts of trees formed petrified wood, the state gem of Washington. Petrified wood can contain a variety of colorful minerals and show the ancient trees’ growth rings. A cast of a rhinoceros in basalt near Blue Lake is evidence of one Miocene mammal that was here during the lava flows.

The Columbia River system has been depositing sediments since before the lava flows ended 6 million years ago. Once they stopped being buried in lava, the rivers’ gravel, clay, sand, and silt became the dominant materials in the Hanford Reach. These sedimentary layers, called the Ringold Formation, hold fossils of both land and aquatic animals and plants. The White Bluffs across the river from the Hanford site are a particularly thick deposit containing fossils of animals one might recognize today: camel, horse, turtle, beaver, deer, and fish such as muskie. Fossils of now extinct animals such as short-legged rhinoceros, giant ground sloth, and mastodon are also found in the White Bluffs. These cliffs rising 500 feet (152 meters) above the Columbia River and stretching for 30 miles (48 kilometers) are part of the Hanford Reach National Monument, and no public fossil collecting is allowed.

Walk along the river today and you’ll notice lots of rocks and sand that were carried and dropped by the flowing water. Rivers change course over time, so the older deposits of the Ringold Formation may not be right where the water is now. A bend in the river may get more bendy or straighten over thousands of years, and large events such as floods can create dramatic effects. At times the river became blocked and more like a lake, depositing even more sediment.

On top of the Ringold Formation, the Hanford Formation consists of more recent Ice Age flood deposits, mostly loose and coarse material. These hold clues of what was living in the path of the floods, including Columbian mammoths, the state fossil of Washington. Prevailing winds have blown sand and fine soil called loess into hills and dunes in the Hanford Reach since the Ice Age. And still the river flows, changing the shape of the land slowly through the years.

For information on sites where you can see fossils, and an interactive fossil map of Washington, check out this link https://www.burkemuseum.org/static/cruisin/wa_fossils.html