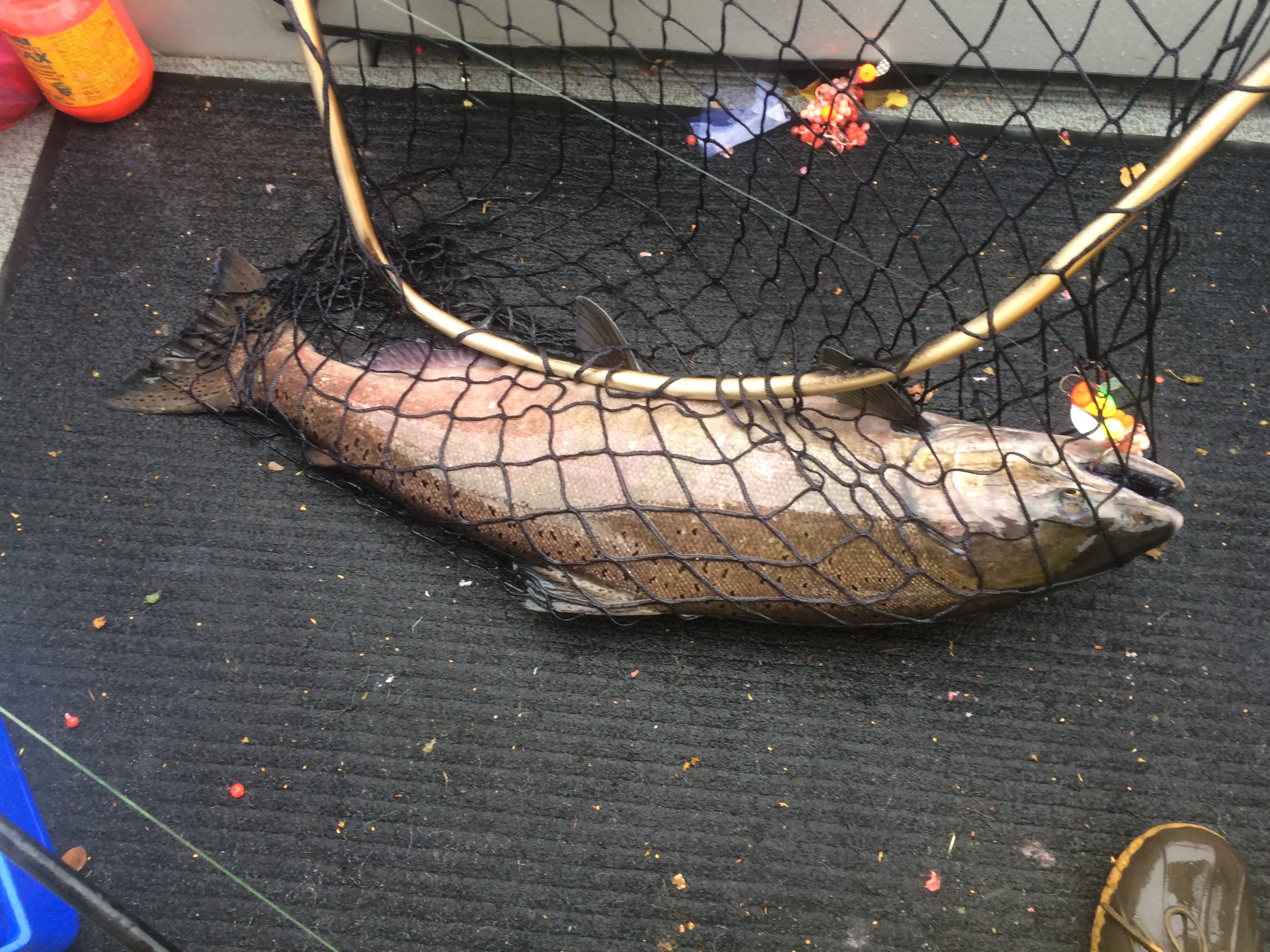 Posted at 11:01h in Uncategorized by Patt Mosley

The occasion occurred in early April and May when millions of tiny fry emerged from a winter spent developing as embryos in nests made of river gravel. Those small salmon spent three months feeding and growing along the shoreline before they migrated seaward past four lower Columbia River dams.

Fall Chinook salmon spent 1 to 5 years in the Pacific Ocean before they return to natal spawning grounds. Adults enter the lower Columbia River estuary in August, moving upstream at the rate of 10 to 30 river miles per day, depending on river conditions. Their progress towards spawning grounds is monitored by fish counters at mainstem dams (see fpc.org). 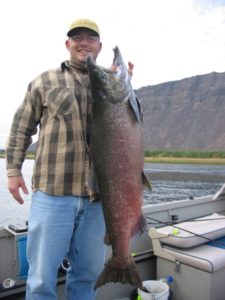 Chinook salmon that return to the Hanford Reach are known as “upriver brights” because they retain their flesh quality longer than downriver stocks known as “tules.” Predicting salmon run size is as much an art form as a science for fisheries managers. Run size fluctuates each year according to the number of spawners and mortality factors that include predators, ocean conditions, dam passage, harvest, water temperature and flow. Approximately half a million fall Chinook salmon passed over McNary Dam in 2012 when nearly 25,000 were harvested. This year’s run is estimated at about 65,000 fish or less than the most recent 10-year average.

As a consequence, closures and reduced harvest limits are in effect

Clusters of salmon anglers are now present from the mouth of the Yakima River to Priest Rapids Dam. Local boat launches will fill to capacity each weekend through mid-October. Eager anglers also line the banks at Ringold Springs and the lower Yakima River where they find access. Further upstream, near Priest Rapids Dam, “Vernita Village” is swelling with RVs, boat trailers and salmon guides who plan to stay for the season.

Fishing for Columbia River “kings” is not easy

Anglers must learn how to use specialized gear: downriggers, jet divers, flashers, dodgers, lead balls, spreaders and unique fasteners. Attracting a strike requires knowledge of lures that include Super Bait, Kwikfish, Wiggle Warts, cut-plug herring, cured roe and Spin-n-Glos. Knowing what to use and how to present it is the difference between putting a mark on your punch card and going home skunked. Your skill will be tested daily depending on weather and water conditions.

Creel census reports show that greatest catch rates generally occur during the first half of October when the salmon “bite” is triggered by declining water temperatures. Early morning and evening are generally the best time to put a salmon “in the box.” However, in my opinion, the best time to go out is whenever you can!

Why do we look forward to the return of salmon to the Mid-Columbia every fall?

Some say it’s the thrill of seeing their trolling rod go down with a hard strike (and having a fishing buddy who knows how to net). Others regale in the taste of fresh salmon, whether grilled over hot coals, poached in a double-wrap of foil or lightly smoked in a Little Chief. For me, it’s in the knowing that these iconic fishes have survived against declining odds to complete their circle of life.